Metro Water District is debt loaded to the degree that the system’s current financial profile and rating are dependent upon to maintaining this key consideration; “The sufficiency and timeliness of future rate increases.” 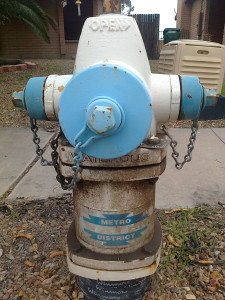 Debt ratios of the District are somewhat high, rating may further decline should the District continue to accumulate debt burden in the next 5 years.


District leverage is high due to prior acquisition of several neighboring systems, as well as untold legal costs of representation for unlawful executive behavior. Metro Water District retaliation against customers and employees by it’s executives and managers is unlawful. Use of the public funds of a public entity to further unlawful pursuits through legal misconduct is UNLAWFUL and UNETHICAL. Incurring a debt burden without disclosing the true amount of legal fees for unlawful pursuits vs project capitalization for a public entity is likely to put that District at risk of Public disclosure rule violation. Upcoming projects may be delayed until closer to 2021 as a result of the excessive debt burden.

RTA project fees were forecasted to sunset, but continue to burden customers as road projects such as the infamous North La Canada Drive road segment are mismanaged into 3 years past promised completion dates (and you guessed it, more untold and unnecessary legal fees.)

Additional information about Metro Water Debt is available at; BUSINESSWIRE or FITCH RATINGS

U.S. Municipal Revenue-Supported Rating Criteria may not have factored in these previously undisclosed variables also unobtainable by Creditscope.